You know how you have one of those projects that just doesn’t seem like it will ever get done. We moved into the house planning to get the mantle done and life kept going and other things were more important and almost 1.5 years later it still wasn’t up. We had a plan and we knew what we wanted to do but getting it done was hard. 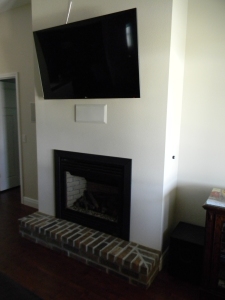 A long time ago before we started building the house we kept thinking how cool it would be to incorporate parts of the old house into the new one. So we saved a few things. One of my favorite things we saved was an old door. But not just any door. It is “the” door. The door that was all that was between us and a tornado that was ripping our house apart. The door we opened when we saw the devastation for the first time. The door that is a wonderful reminder of God’s grace, love and protection over our family that day. Maybe in reality it is only just a door but it was special to us and we wanted it to have a special place in our new home.

So I searched Pinterest loads of ideas of things to do with old doors but none of the really stuck out to me. Finally one day Russ suggested using it to make a mantle. I thought it sounded crazy but agreed. I then searched the internet thinking surely someone else had done this but I didn’t find anything. He was either crazy or genius.

It wasn’t easy walls are not perfectly square and studs aren’t always exactly where you want them but he did it. 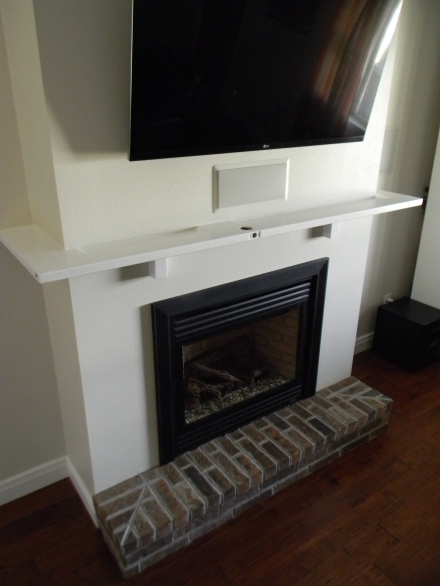 It looks even better than I hoped it would. 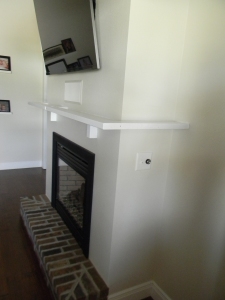 I am so thankful that this door is able to be a part of our new home now.
Now I need to find some things to brighten it up. A shopping trip? Oh darn :).